How did it take us this long to feature Bob Dylan? Whether you love or hate the sound of his scraggly voice, if you try and deny his songwriting ability you're just plain wrong. Now, that being said, you could definitely argue that a musician that is that one-dimensional isn't worthy of the acclaim that he's received, but that argument is for another day. For now, we're just going to appreciate The Freewheelin' Bob Dylan for what it is… largely considered one of the greatest 100 albums of all time. Tracks off of this album have been covered by the likes of Elvis Preslet, Jimi Hendrix, Johnny Cash and Beck. Dylan got decisively more political in this album which was well timed as many songs off of the album became anthems for the anti-war movement of the 60s. Dylan was still decisively folk on this album and hadn't yet turned to more rock ballads of later years like on "Blood on the Tracks". The majority of The Freewheelin' Bob Dylan is just Bob and Bob's guitar.

Bonus Content: Being only his second studio album, the public and critics alike took very little notice to the album at the time. John Hammond, who signed Dylan to Columbia Records was mocked by his colleagues for even signing Dylan but he held firm in his decision. Dylan was apparently initially astonished when it was relayed to him that he was going to make $5,000 off the publishing rights to "Blowin' in the Wind". The streams on Spotify alone for that song have now earned him $500,000. Let alone the publishing rights. If this is only his second studio album… how many more did he release? Whatever your guess is, double it. Here's his whole discography.

Top tracks: Don't Think Twice It's Alright, Blowin' in the Wind, Girl from the North Country 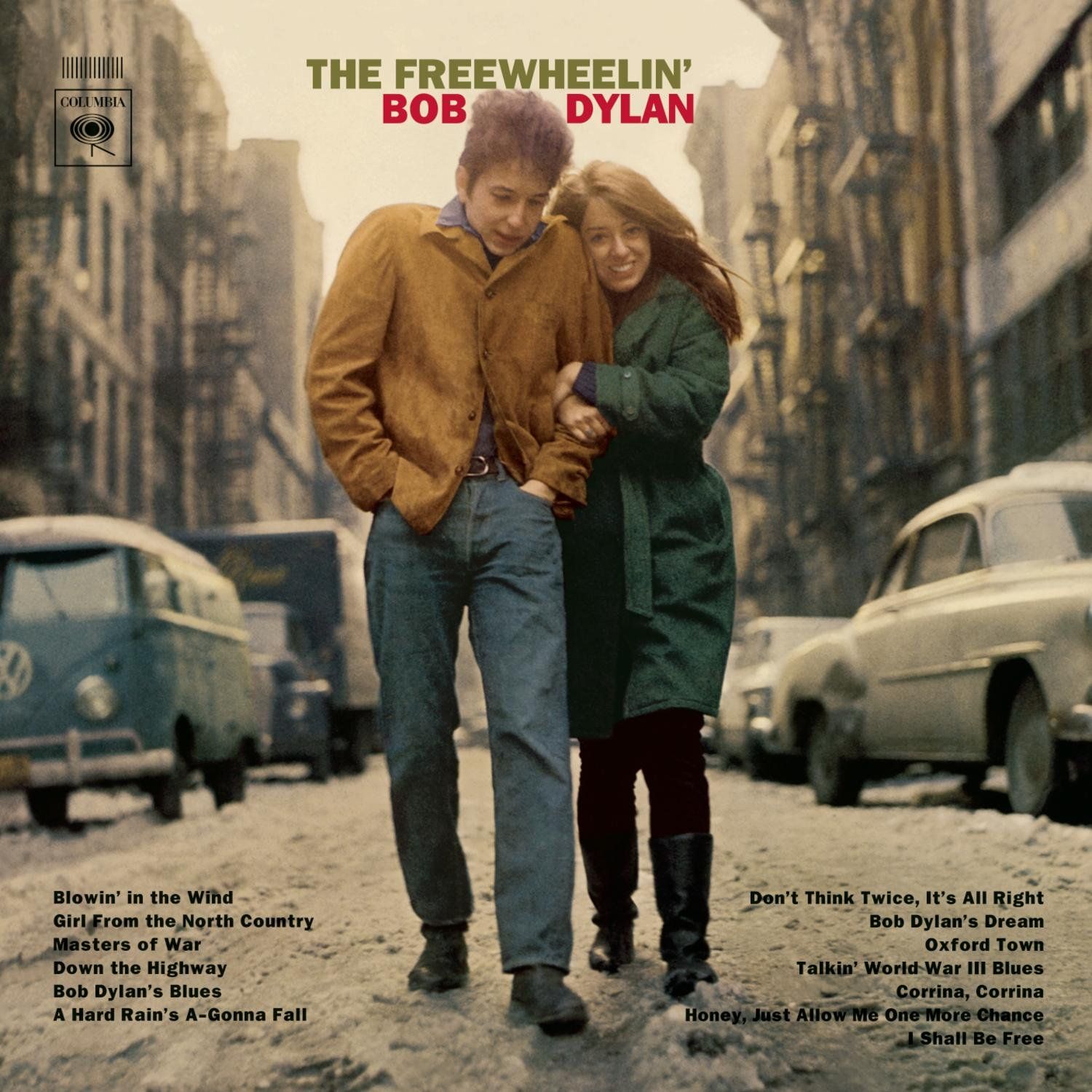