We're always trying to improve the diversity of the albums that we're recommending here at Album Daily. We don't feature too many international albums, or at least albums that are predominantly performed in a language other than English. Well Tako Tsubo is here to put a stop to that! This is the most recent release from the French Disco Pop band L'Impératrice and it's all things you want out of a French Disco Pop Band's album. Whispered falsetto lyrics with funky groovy bass lines layered underneath striking synths and guitar chords. This one will immediately put you in a good mood and have you drumming the steering wheel and popping your shoulders to the beat. And, if you're not fluent in the language of love, then you can drown out the lyrics and it's perfect to listen to while you work.

Bonus content: "L'Impératrice" translates to an empress. This theme of royalty and strong female characters in that royalty is definitely present throughout the album and the other albums that L'Impératrice has released. In this NME blog, the frontwoman for the band, Flore Benguigui, even talks about how it was difficult at first writing music that was truthful to herself and intimate in an all-boy band but now she's overcome that and is even "overcoming the patriarchy with funk and fun". 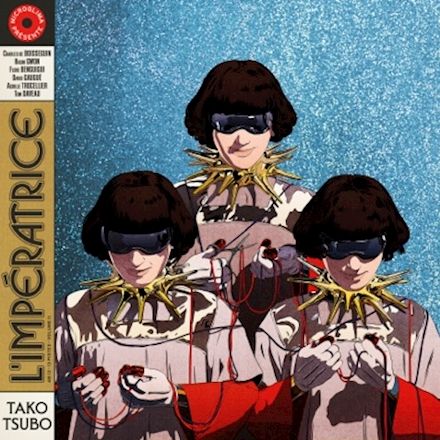