Schwey, by Schwey, can only be described as cooler than the other side of the pillow. This album is rooted in a deep love for soul with some funky hip hop layered on top to get them hips swaying and feet tappin’. This trio is “a band who, against our will, have been imbued with the power of making people move their feet.” This self titled album does just that. Both of the Can’t Stop songs (A Playa + The Groove) serve as those beautiful, crust-less pieces of bread around this groovy album sandwich. In the middle you get some Akon vibes, a little Anderson .Paak, and the drums & cymbals expected from hip-hop too. Singers and dancers unite for this album from Schwey.

If you’re feelin’ this album, this article from straight.com highlights Schwey’s top 3 favorite albums (each band member’s). For example, Isaiah selects Black Mahogani by Moodymann because it’s “one of those quintessential albums—without it we would be nothing but lost souls pondering at what the point of anything is.” Maybe we’ll just have to get these featured on the newsletter as well. 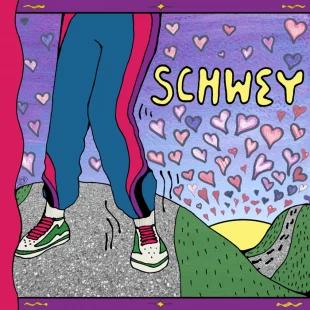