Lost On The River

This album has an incredible story. Even if you don't like the genre, the music or the artists, you can hopefully at least appreciate the story behind the album. Oh, and the music and artists are pretty good so you should probably like those too.
In 2013, T Bone Burnett, who was a guitarist in Bob Dylan's band, discovered some unrecorded lyrics that Dylan had written in 1967. He then went to work recruiting a "studio musical supergroup" to make the lyrics come to life. The cast? Marcus Mumford, the front-man of Mumford and Sons. Elvis Costello, the renowned British singer-songwriter. Jim James of My Morning Jacket. And Taylor Goldsmith of Dawes (who we featured right here on Album Daily). The all-star cast took two weeks to record the album and the entire thing was recorded for a Showtime show.

Okay so now that the story is out of the way, how about the tunes? It's definitely a bit scattered as it's not clear if the tracks were ever supposed to be a cohesive album. What is clear is that the artists involved were constantly switching their roles, instruments and vocals back and forth on each track which probably means you might love one song and hate the next. It's most easily described as rock but there's folk and even more eclectic instrumentation than a traditional folk band. it's really fun to envision Dylan having written the songs in the 60s but having the artists from the 2010s interpret and perform them.

I feel like this entire description is Bonus Content but if you want just a little bit more… how about Johnny Debb playing guitar with Marcus Mumford, Taylor Goldsmith and the Haim sisters on the song Kansas City. Made you look, right? Here's the video.

Top tracks: Kansas City, When I Set My Eyes on You, Down on the Bottom 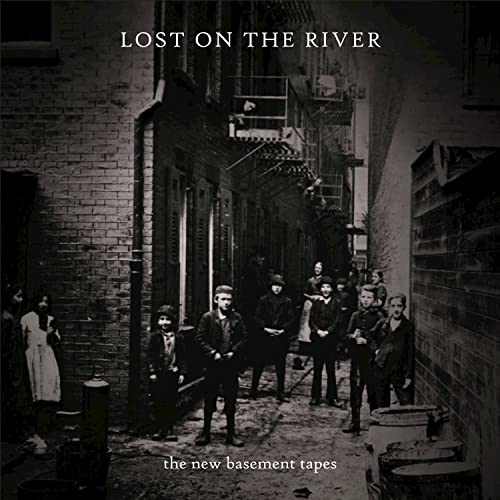