It's not often that you're going to get Adam Sandler, Bob Dylan and Bruce Springsteen on an album together and it not be a skit on SNL, but in 2004, the legacy of Warren Zevon managed to do just that. Enjoy Every Sandwich is a tribute to Warren Zevon, one of America's finest (and most depressing) songwriters. The life and legacy of Zevon are well worth your time to read up on… we'll briefly summarize the end. In 2002 Zevon was diagnosed with mesothelioma. This was 2 years after releasing "Life'll Kill You" which is an album lamenting about death and dying. In late 2002, Warren Zevon appeared on David Letterman's late night show as the sole guest and performed his most recent album. On the show Warren discussed life and death and told viewers to "enjoy every sandwich." One year later, Warren Zevon passed away. A year after that, his friends and family collaborated to perform "Enjoy Every Sandwich - The Songs of Warren Zevon". If you're looking for new albums to listen to, this is a unique one.

Bonus content: When you listen to the second track on the album and hear the intro melody, what's the first song you think of? If you think Kid Rock's "All Summer Long", please go directly to jail; do not pass go; do not collect $200. That's right, the Kid Rock song is a mashup of two 70s hits, Werewolves of London by Warren Zevon and Sweet Home Alabama. The two 70s rock tracks do have eerily similar intro riffs. Read more about the inspiration behind Werewolves of London here.

Top tracks: Poor Poor Pitiful Me, Keep Me In Your Heart 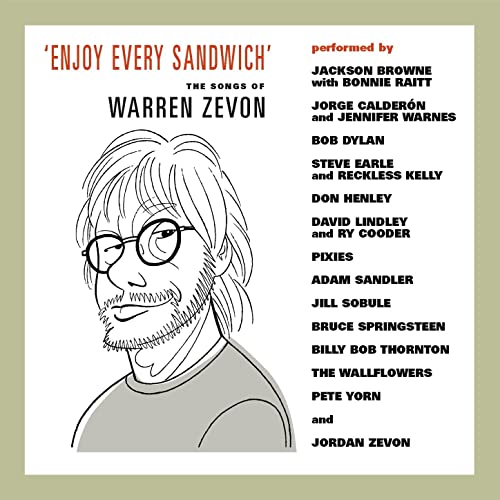