This album from Fontaines D.C., an Irish post-punk bank, is an interesting one. First off, this band is relatively new for how large they are. They were formed in 2017 and sport about 600k monthly listeners on Spotify. This album in particular, A Hero’s Death, is very critically acclaimed. Having been nominated for Best Rock Album at the 2021 Grammy Awards, it’s different than what you might expect from typical rock music but can most definitely not be slept on. It takes some getting used to for me. You’ve got a lot of chronic repetition in the lyrics, and the music tends to find its groove and then stay there for the duration of the songs. Also, as some of you may notice, many foreign (foreign to the United States) singers typically don’t tend to have an accent when singing. That’s not the case here. Grian Chatten’s Irish is showing a bit in this one and that’s a lot of fun - especially on A Hero’s Death. Step out of your comfort zone and give this one a listen!

Remember Wikipedia? According to it, the flagship song, A Hero’s Death, is self-described by the band as “a list of rules for the self.” A list of Fountaine’s D.C. commandments is how I translate that - some highlights include: “Sink as far down as you can be pulled up, Happiness really ain’t all about luck” + “Sit beneath a light that suits ya, And look forward to a brighter future.” If you’d like to see some more, you can check out the full lyrics on Genius here. 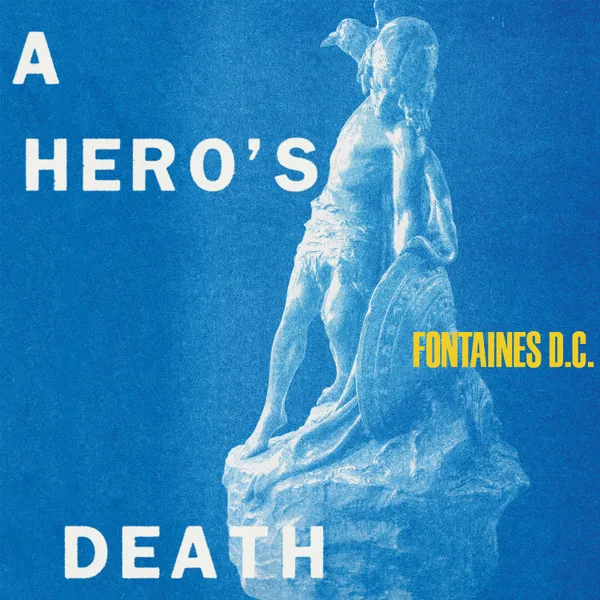