Back In Love City

Not gonna lie to y'all, I almost shut the door on this album after hearing the first song… I'm glad I didn't though! We're not in the business of prescribing to our subscribers what they should and shouldn't like but we are in the business of writing album descriptions and the title track "Back in Love City" just didn't do it for me. The album picked up steam after the first one though, thankfully!

On this latest release from The Vaccines they're going for big time radio-play stadium rock. Fist pumping choruses followed by verses that mention Nirvana, teenage rebellion and breaking the rules. If you're looking for the classic rock anthem sound you found on some of The Vaccines previous works from the early 2010s, then you might be disappointed with this one BUT if you keep an open mind and appreciate the album for the pop-rock hit-pumper that it is, then you might be pleasantly surprised.

Check out the album art for this one. Each of the singles that were released leading up to the album's release each contain a section of the art that makes up the complete "pill" in the final album artwork. Here's the Instagram of the artist of the cover art if you're interested in checking out some more of their work. 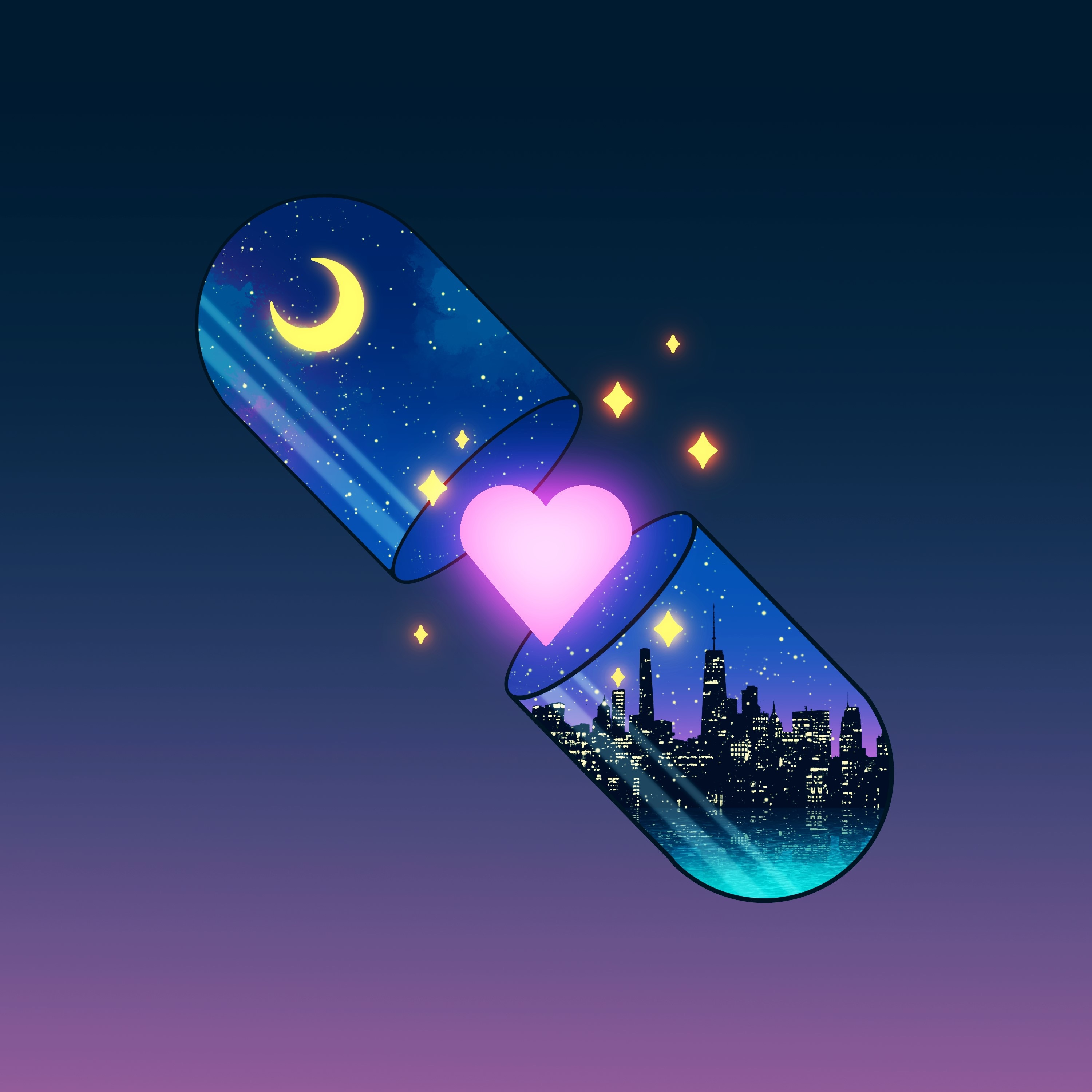