* This is a guest review by Michael Citro, Michael's Record Collection

Michael's Record Collection is written by the 10-year host of Epic Prog with The Lurker, a popular internet radio show that ran from 2004-2014 and featured the best music in the progressive rock genre, as well as intelligent pop and rock. MRC's aim is to be the literary equivalent to going over to a friend's house to chill out and listen to music. Each issue strives to tell the story of an album, an artist, a song, a musical institution, a legendary moment in history, or a career. Readers can expect interviews, album previews/reviews, and even listicle-type content. Make sure to check it out!

When Elton John sang "it feels so good to hurt so bad" in "Sad Songs (Say So Much)" it seems like he was talking about the kind of music Blackfield makes. The songs on the band's appropriately titled second album, 'Blackfield II,' are generally mournful and full of angst but they're weirdly beautiful, uplifting and haunting at the same time. Think of the mood that "Fake Plastic Trees" by Radiohead creates and you're in the right neighborhood. But the album is more than a mood. It's got hooks galore and true song craftsmanship.

Top tracks: My Gift of Silence, Once, End of the World 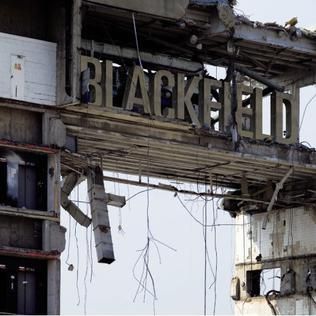