Carnavas was the breakthrough album for the post-punk alternative rock band The Silversun Pickups. I'm not going to lie to you all… we found this one playing rock band. The hit single off the album "Lazy Eye" was featured on the videogame. The Silversun Pickups have spanned a wide variety of rock's sub-genres in their almost 15 year career. From touring with Snow Patrol to opening for the Foo Fighters to being likened to the Smashing Pumpkins, their albums each have a distinct sound. Carnavas is highlighted by big wide-open rock chords and moody lyrics.

Bonus Content: According to an article by the Australian publication, "The Age", the band's front man Brian Aubert and the bassist Nikki Monninger met in 1994 when the two were flying to Cambridge for an exchange program. "Aubert instantly noticed the shy bassist across the aisle, and his interest was further piqued when he saw her stealing bottles of alcohol on the plane. (She would distract the air hostess, then nick the booze)." Now that's rock and roll, baby. 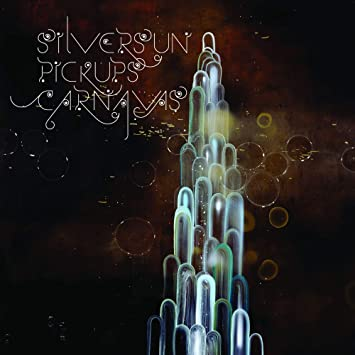