What do we even have to say that hasn't been said already? This duo, formed in Paris back in 1993, has brought us a priceless collection of music that will never be forgotten. This album, Alive 2007, is a live performance album that was awarded the Best Electronic/Dance Album in 2009. Their single "Harder, Better, Faster, Stronger" won Best Dance Recording in the same year. This duo has been nominated 43 times for various awards; taking home 13 of those nominations. Thank you Guy-Manuel de Homem-Christo and Thomas Bangalter. Thank you.

Bonus Content: Some would argue, many would argue, heck WE would argue that their 2006 Coachella set was probably the single best electronic performance the world has ever seen. It was their first live show in 10+ years and inspired a generation of electronic producers for years to come. Check out this video to catch a glimpse of that magic. 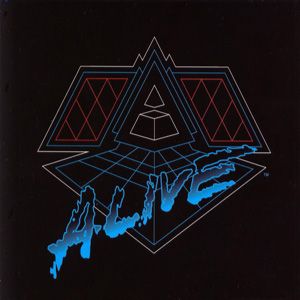