Tired of guns, money, weed in all of your modern hip-hop music? Come take a ride on this uplifting, positive joyride of an album with Def3 and Late Night Radio. Weddings & Funerals is a PG-rated collab album brand new to 2021 where Late Night Radio brings the beats and Def3 brings the rhymes. Late Night Radio is soul and funk-influenced after growing up going to church every Sunday and watching his mom sing. He doesn’t hide any of that on Weddings & Funerals. Def3 comes overtop with the perfect flow and annunciation so you can listen and sing along without feeling like a total poser. Play this with your Grandma in the car. Play this with your kid in the same room. No worries, just good times.

One hilarious album review: This website, Ghettoblaster, has got to have one of the funniest album reviews of Weddings & Funerals I've encountered. They describe the song Lift Off as, “your new summertime party jam and it’s a shame you won’t get to wave your arms to this track at some sweaty festival this summer.” We feel you friend. We feel you. Another gem from this review goes like this, "I’m not a “no bad days” type of person because false positivity is some wack-ass shit, but sometimes you need someone else telling you that shit’s gonna be alright. And that’s alright." Well Album Daily community, everything is going to be alright, and this new album helps accentuate that.

Top tracks: Lift Off, Got Away 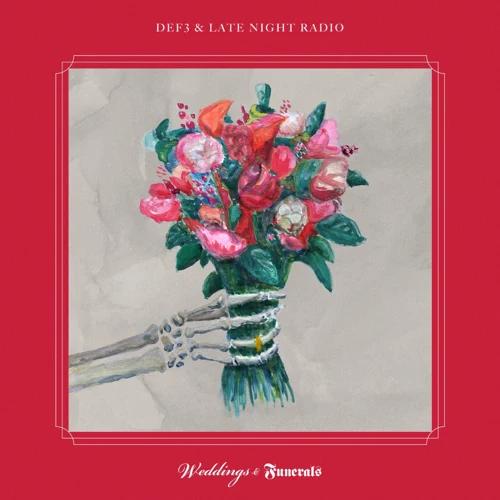