Let’s just get this out of the way, Amy Lee can hold a note like no other. If you remember the song “Bring Me To Life” off of Evanescence’s 2003 album Fallen, then you’re in the right place. You can’t recreate another Bring Me To Life, but Evanescence sure as hell put their best foot forward here in their brand new 2021 album The Bitter Truth. This is their first new album of original music in 9 years and it truly feels like they never left. Hit play on this album and let Amy Lee’s sweet voice lull you to sleep on their calmer, deeper tracks only to be abruptly awoken by the slamming of the drums, bass, and guitar emanating from the supporting members. The band has even re-invented themselves a bit starting to incorporate some new, unique sounds into their music such as clock ticking to complement their bad ass breakdowns. Welcome back, Evanescence.

Why listen to this album? If you’re not familiar with their 2003 album, Fallen, you may not know that the top 3 songs have 541, 321, and 158 million streams on Spotify respectively. Meaning, they were a pretty big deal (just about overnight) in the early 2000's. This album isn’t necessarily a comeback story, but a review by Kerrang highlights it really well…..“The last time Evanescence released a studio album, the idea of Donald Trump in The White House was just a low-hanging joke on The Simpsons. Bird flu was nothing anyone outside the immediate outbreak area should be too concerned about. A tour to support a record was a given, not a vague, movable wager.” Those were much different times and we all know how much an artist’s environment affects their art… therefore, The Bitter Truth is worth a listen whether or not you’ve heard of this band or not. 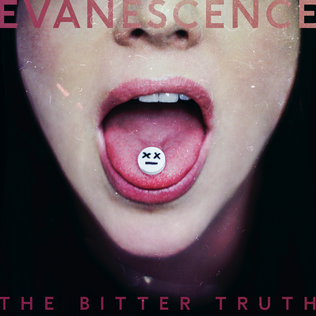