* This is a guest review by Sarah Plantz, a brand marketer from NYC whose greatest joy in life is her Spotify Discover Weekly playlist.

Khruangbin may sound like the name of a Nordic folk group, or possibly a type of cheese, but don’t let the name throw you off. They are actually the Houston-based psych-funk trio behind the soothing surf rock songs you may have heard while hopelessly gazing at John B. on the crowd-favorite Netflix hit show, Outer Banks. Mordechai was released this June, and may be the perfect prescription you needed this summer as you study, work, eat, and sleep from the same room and need to dupe your brain into feeling a sense of vacation. Mordechai, along with Khruangbin’s first two studio albums, feels psychedelic, with primarily instrumental deep baselines, matched with steely electric guitar riffs and soothing drum beats. Unlike its predecessors, The Universe Smiles Upon You or Con Todo El Mundo, this album features Laura, Marks and DJ’s vocals far more frequently which is a pleasant surprise; much like finding a $20 bill that you didn’t know was in your pocket. You didn't necessarily need it, but your life is better off with it. Bassist Laura Lee's voice stands out the most here and is a soothing mix of lullaby-meets-therapist.

While each track definitely fits the cohesive surf-rock vibe, there’s an underlying, eclectic global influence across the tracks. From "Pelota" boasting the ability to make you feel like you’re at a party on the beaches of Spain, to "Shida" transporting you to the Middle East, to almost every other track taking you to the coasts of Thailand to France to California, it’s clear the groovy rock group appreciates the crossing of cultural borders to create their distinctly digestible tunes.

This album is best listened to while cranking out late-night administrative spreadsheets, driving home on a Sunday afternoon when feeling particularly, er, under the weather, or on a beach wearing a straw hat.

Top tracks: Time (You and I), So We Won't Forget, Pelota 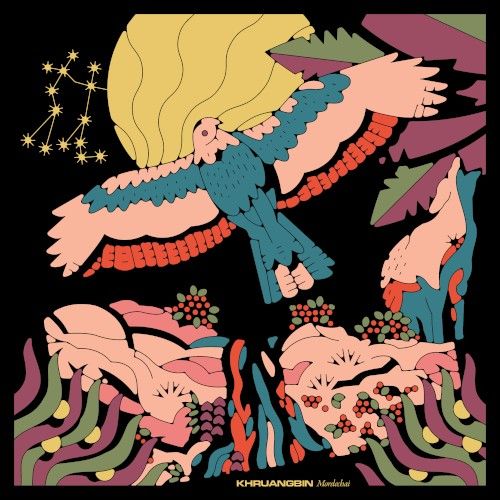