An Evening with Silk Sonic

Much like when Lebron joined Dwayne Wade back in 2012, Silk Sonic is a musical super-team of its own, formed as the pair of pop icon Bruno Mars & up and coming hip-hop artist, Anderson .paak. The two became friends back in 2017 when .paak opened on Mars’ 24K Golden Tour and immediately hit it off. They paired up with Grammy winning producer, Disclosure, and began working on a rhythm and blues style collaboration inspired by the likes of Aretha Franklin, James Brown, and Prince amongst others. The project was put on hold for a few years, but when the pandemic hit, the two found it the perfect time to resume and eventually release their soul-inspired R&B masterpiece. This album is simply delicious. The production is off the charts, and when paired with Mars’ sweet melodies and the occasional bar from .paak, it’s all too easy to get lost in the sauce and be transported back to a 70’s nightclub. Enjoy. 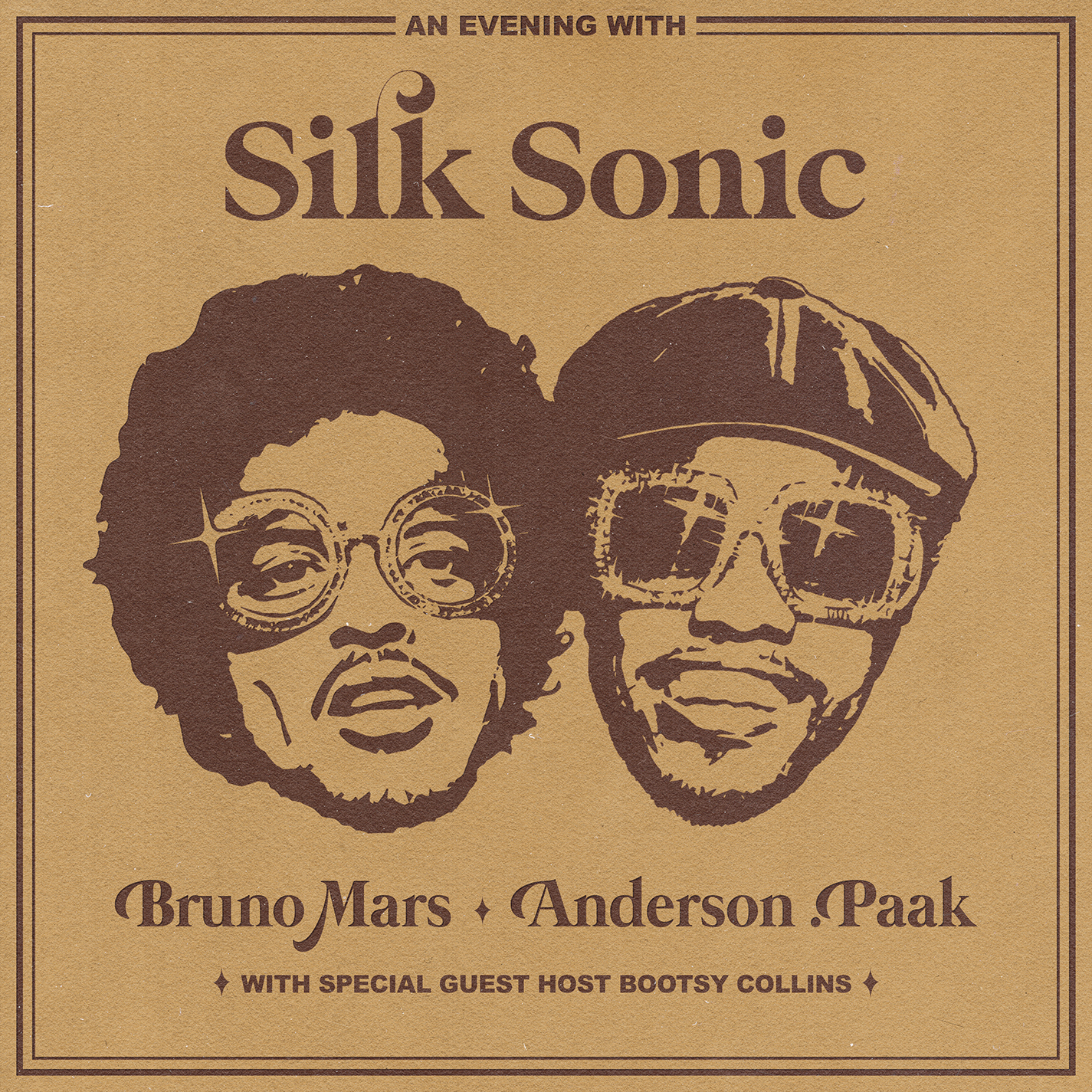