slowthai first rose to prominence in 2019 when he blew up the UK rap scene with his raucous debut album, Nothing Great about Britain. His sophomore album, Tyron, builds on the same boastful energy he gained notoriety for but then takes a sharp u-turn half-way through, switching to a much softer, introspective demeanor highlighted by an array of pop-samples. Split in two “discs” with 7 songs a piece, slowthai showcases his versatility in switching from rapid fire punk-rap to spoken word melodies with free-flowing, contemplative lyrics. He also features a diverse set of collaborators including A$AP Rocky, Denzel Curry, and James Bake.

Click to learn more about the artist: slowthai’s story is pretty humbling. He grew up in a small poor town, just outside of London and simply began freestyling with his friends at school. Quickly, he became part of the larger Grime / Garage scene of North London and started bumping elbows with household British names like Flume, Mura Masa, and Skepta. Despite his success, he is adamant in remaining true to his Northampton roots, with his ultimate goal of serving as a voice for all of the UK’s forgotten people. Read more about his journey here! Add this to your list of new albums to discover today. 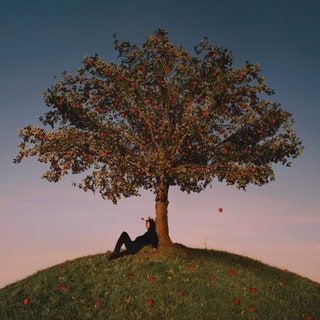