Talon of the Hawk

* This is a guest review by Matt Zeigler

Telling a significant other "au revoir, you probably don't even know what that means," because it technically means you'll meet again but no, they don't get it (or you). Feeling like a skeleton, naked and exposed, and then getting so stoned you accidentally fall asleep in the front seat of your car. Dreaming that there is someone out there in the world who totally gets you, you know, someone "just like me," only to realize they're also "probably keeping to themselves" and will inevitably never find you.

This is an album of those feelings, and these examples are literally just the first three songs. It's heartfelt. It's New Jersey. It's punky-folk with butterflies in its stomach and cheap beer on its breath. The Front Bottoms struck gold a handful of times, but this album always breaks my heart in all the right ways. If any of this appeals to you, give it some time, let it grow on you, and sing along when you need it.

This guest review is brought to you by Cultish Creative! We can't recommend the content at Cultish Creative enough. Matt over there serves up quick-to-read conversation starters on the daily. The content is easily digestible but still packs enough of a punch so that in as little as 1 minute every day you can walk away having learned something consequential. We got to talking with Matt about music and there was an instant connection! He even has a Sunday Music feature himself! Head on over to Cultish Creative and subscribe today.

Top tracks: Au Revoir (Adios), Swear to God the Devil Made Me Do It 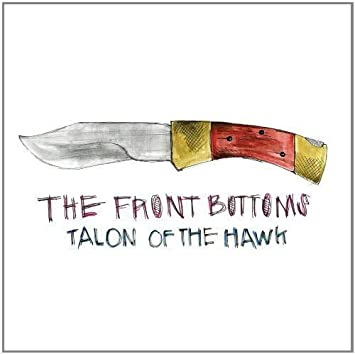