The War on Drugs

Lost in the Dream

Sometimes the album art for a particular album looks like the artists just browsed r/fakealbumart and picked the first piece of artwork they saw, not knowing the subreddit is completely satirical. Sometimes, however, the album art perfectly encompasses the feeling of the album. "Lost in the Dream by The War on Drugs is the latter. Just look at the album art and it will be a better description than I could provide. Soft rolling rock and long melodious solos are commonplace on this album. Perfect for a long drive, long hike, long spring cleaning session... really a long anything.

Bonus Content: The War on Drugs' frontman, Adam Granduciel, dealt with severe anxiety and panic attacks right before releasing their "Lost in the Dream" album. He even had issues performing the album during their subsequent tour and would struggle to remember the lyrics at the worst parts. Adam constantly battles the feeling to just want to be a normal guy at the dinner table as well as living this wild rock musician lifestyle. Their subsequent album "A Deeper Understanding" represents Adam's ability to still perform through his hardships. 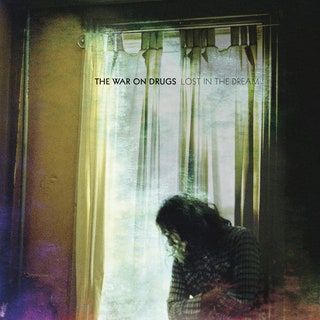